In the world of self-driving cars and autonomous vehicle technology, Google gets most of the attention, but it’s far from being the only player in the field. Earlier this month, Mobileye , the Israeli and Dutch maker of advanced driver assistance technologies, claimed that self-driving cars “could be on the road by 2016.” Rather than Google cars’ array of radar, cameras, sensors and laser-based range finders, Mobileye wants to offer autonomous driving capability at a more affordable price point by using mainstream cameras that cost only a few hundred dollars. While cars using Mobileye’s systems, like the Audi A7 , aren’t quite as “autonomous” as Google vehicles, they could help advanced driver assistance technology make it onto the road long before 2025 — the date industry experts expect driverless cars to go mainstream. With its intelligent, camera-based “traffic assist” technology expected to begin arriving this summer thanks to partnerships with five major automakers, the automotive A.I. company is looking to take advantage while its stock is still high, so to speak. Mobileye announced today that it is selling $400 million in equity to “five unaffiliated” financial investors, which include “some of the largest U.S.-based global institutional asset managers and a leading Chinese government-affiliated financial investor, ” according to a statement released this morning . The transaction, which values the company at $1.5 billion (pre-money) and was overseen by Goldman Sachs and Morgan Stanley, is expected to close in August. The company attributes the timing, in part, to the current regulatory support and progression of global safety standards, which have helped encourage automakers to accelerate integration of intelligent driver assistance technologies. Mobileye has been around since the 1990s, and like Google, is more interested in being an artificial intelligence company and, specifically, improving the intelligence of cameras to assist with autonomous driving, than being an automaker itself. The company’s technology has been tested in a number of capacities, but mostly it’s focused on helping drivers avoid collisions. According to The New York Times , in the past, its tech has been used by companies like Volvo to detect pedestrians or vehicles up ahead or crossing in your blind-spots, alerting drivers when they get too close to those objects, for example. The newer version of Mobileye’s system that arrives this summer aims to help steer the car in stop-start situations, though drivers are still required to keep their hands on the wheel. Coming up next, and expected to be street-ready by 2013, is a more advanced system that will allow for hands-free driving. The company plans to begin experimenting with and adding to the number of onboard cameras in vehicles to improve the efficacy of its technology in autonomous driving cases and presumably push it closer to the kind of hands-free, full autonomy promised by Sergey Brin and Google in the years to come.

Read the original post:
Racing Google To Bring Affordable, Driverless Cars To The Road, Mobileye Valued At $1.5B As Investors Take $400M Stake 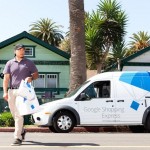 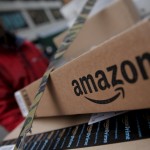