With the goal of “revolutionizing the watersport industry, ” Swedish company Radinn has released their first product: an electric powered wakeboard . The carbon fiber craft carries onboard lithium batteries and is controlled via a wireless handheld remote, allowing the rider to cruise at up to 30 miles per hour. The coolest thing about having a self-propelled board is that it frees the rider from the beach. With an EPW one could navigate rivers, lakes, public fountains in Stockholm… Want. The 64-pound board’s batteries can provide 30 minutes of runtime. Currently in its final testing stages, it’s expected to go on sale next year. And no, it won’t be cheap, but if you’ve got twenty grand to throw around, you could do a lot worse. (more…) 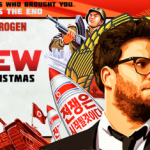 Report: North Korea May Be Behind Sony Pictures Hack After All