More here:
Ram is recalling more than a million trucks for faulty software 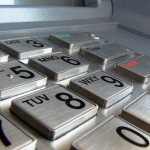 Leader of “most sophisticated cybercrime ring” sentenced to 11 years