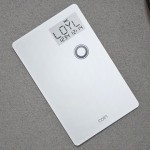 This Single Card Wants To Replace Your Entire Wallet Full of...