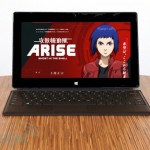 NVIDIA CEO: ‘We’re going to bring it with the second generation...