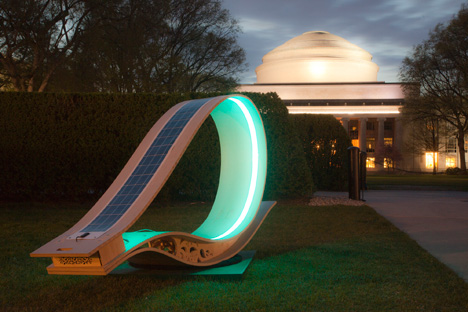 MIT Professor Sheila Kennedy and her team at Kennedy and Violich Architecture recently debuted “SOFT Rockers” as part of MIT’s 150th-anniversary Festival of Art+Science+Technology (FAST) celebration. The team arrived at a sleek, solar-powered energy recharging station, disguised as a comely piece of public furniture, as a response to “‘hard’ urban infrastructure.” 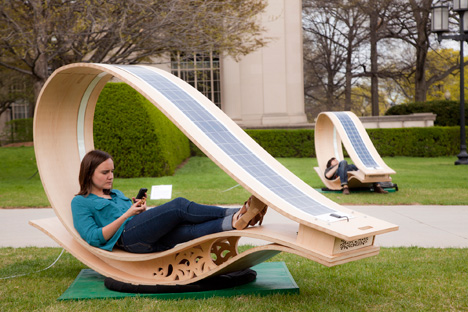 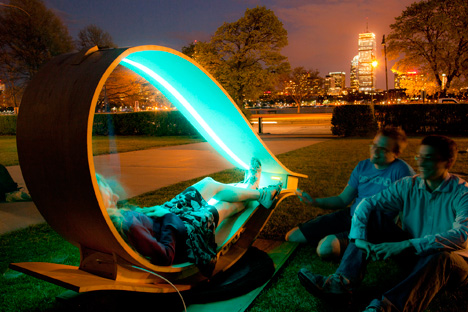 Full specs after the jump…

Read More:
Recharge Yourself and Your Electronics with KVA’s Solar-Powered “SOFT Rockers”