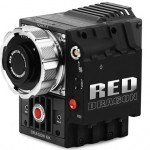 Don’t despair that you’ll have to buy both Red’s Scarlet camera and its Dragon upgrade just to get 6K video capture at a semi-reasonable price. The company has announced that the ready-made Scarlet Dragon body will go on sale tomorrow for a relatively affordable $14, 500. It should ship once Red catches up on Dragon upgrade orders , or around June. You may not be recording many projects at full resolution, however. Red did squeeze in 6K (after concerns that it wouldn’t make the cut), but you’ll only get it at 12FPS when shooting full frame — you’ll have to drop to ‘just’ 5K to get speed worthy of movies and TV. Company chief Jarred Land hints that the Scarlet Dragon should be faster in widescreen mode, though, so you might not have to shell out for the higher-end Epic Dragon to produce a sharp-looking masterpiece. Filed under: Cameras Comments Source: Red

How a Pill Filled With Bacteria Could Actually Make You Better