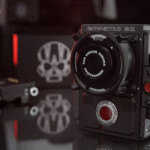 RED’s cinema cameras are too expensive for most of us , but they do push the state-of-the-art, making future camera’s you can afford better. A case in point is RED’s latest sensor called the Monstro 8K VV (Vista Vision). The bombastic name aside, it packs impressive specs. The sensor is 40.96 x 21.6 mm, which is slightly wider and slightly shorter than 35mm full-frame, handles 35.4-megapixel stills and 8K, 60 fps video, features 17+ claimed stops of dynamic range, and shoots at higher ISOs with lower noise than the last model. You can take RED’s dynamic range (DR) claims with a pinch of salt, but even if it’s plus or minus a stop, that would make it one of the best, if not the best, sensors on the market. RED’s current Helium 8K S35 sensor is the current DXOMark champ with a score of 108 (Nikon’s D850 is the best DSLR with a 100 score). DXO measured a dynamic range of 15.2 for the Helium, below RED’s claimed 16.5+ stops, but the Monstro 8K VV should easily best the 108 score. The sensor launch is good news for RED, but things didn’t exactly go as planned with its large-format 8K sensor. It originally launched the full-frame Dragon VV sensor back in April 2015, but was unable to make very many due to manufacturing yield problems. As a result, many folks that ordered one never received it. The good news is that RED will now offer those folks the 8K Monstro VV instead, giving them a better sensor for the same money. New orders, meanwhile, will be fulfilled in early 2018, the company says. “Thanks for waiting, and sorry again that it took so long to tame the VV process, ” said RED CEO Jarred Land. The new sensor is the big news, but RED also made a smaller announcement that might be more beneficial for users. It released a “completely overhauled, ” less complex image-processing pipeline (IPP2), with improved color management. Despite the company’s technical prowess, it has struggled to draw many filmmakers who prefer the look and handling of ARRI’s cameras, which dominate film and TV production credits. It no doubt hopes the simpler IPP2 process will sway those folks to its system which is, on paper, technically superior to ARRI’s system, and cheaper to boot. Via: Red Shark News Source: RED 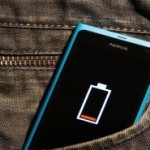 A Former State Department Employee Is Going to Prison for Twisted...