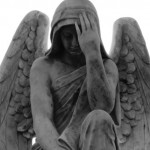 The other night, my friend’s mother lost her battle against cancer. He is a funeral director and owner of Elemental Cremation & Burial  in Seattle, and has dedicated his career to helping families during some of the darkest moments of their lives. He challenges the status quo in the American funeral industry, and looks for innovative and dynamic ways to memorialize the dead.  This post is for Jeff Jorgenson, in memory of his mother, Judy Burnett. For those who donate to MEDICINE’S DARK SECRETS in the next 48 hours, I will give 10% of the proceeds to the AMERICAN CANCER SOCIETY .   Grief. It’s something that affects us all. And yet, we are so unprepared when it comes knocking on our own door. I have often said that as a historian of medicine, I am comforted in the knowledge that we are united with the past in our struggle against disease and suffering. The same can be said of our capacity to grieve, to mourn and to remember those whom we’ve loved and lost. There are countless examples around the world of places where the dead are immortalised in strange and unique ways. One of my favourites is the Beinhaus [Bone House] in Hallstatt, Austria. The Beinhaus came into existence in the 12 th century due to the lack of space in the small village’s cemetery. Graves were reopened after 10-15 years and the skeletal remains were moved to a charnel house to make room for the burial of the newly deceased. Beginning in 1720, villagers began bleaching the disinterred skulls of their predecessors by placing the heads outside in the sun for weeks at a time. In addition to the names of the departed, townspeople would paint elaborate floral patterns on the skulls in the way that one might decorate a grave with flowers today. Beside the cross in the center of the Beinhaus is a skull with a gold tooth. It belongs to a woman who died in 1983. Her last request was for her body to be disinterred and her skull to be placed in the charnel house. She was the last to enter the ossuary in 1995. For me, the Beinhaus symbolises our desire as human beings to remember those who passed before us—to hold on, in some way, to the lives that were lived—for those who were buried in Hallstatt, Austria, did not remain so forever. Far from being creepy, I believe it is a place of beauty; a place of peace; a place of reflection. And in a world where grieving is often marginalized, minimalized, even medicalized, it is no small wonder that so many people  visit the Beinhaus each year and feel in awe of the way this tiny village has encapsulated so perfectly the phrase: ‘dead but not forgotten.’ 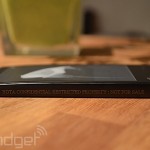 Hands-on with the YotaPhone: the e-ink Android phone that nobody expected