Spotify will soon allow its ad-supported users to stream music for free on their mobile devices, according to reports from the Wall Street Journal and TechCrunch . The company is reportedly holding an event next week to announce the service tweak, which takes a bit of the incentive away from subscribing. The Journal reports that Spotify has been negotiating for nearly a year to get mobile streaming rights, and it finally has the blessing of Sony Music Entertainment, Universal Music Group, and Warner Music Group. The rights holders and Spotify not only had to agree on rates but on how the music could be used. Read 2 remaining paragraphs | Comments 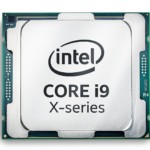 Even a Novice Can Quickly Make a Bot or App on...