An anonymous reader writes from a report via Softpedia: David Levin, 31, of Estero, Florida will spend 20 days in prison after hacking two websites belonging to the Florida state elections department. Levin, a security researcher, tested the security of two Florida state election websites without permission, and then recorded a video and posted on YouTube. The problem is that the man appearing in the video next to Levin was a candidate for the role of state election supervisor, running for the same position against the incumbent Supervisor of Elections, Sharon Harrington. Harrington reported the video to authorities, who didn’t appreciate the media stunt pulled by the two, and charged the security researcher with three counts of hacking-related charges. The researcher turned himself in in May and pleaded guilty to all charges. This week, he received a 20-day prison sentence and two years of probation. In court he admitted to the whole incident being a political stunt. Read more of this story at Slashdot.

View the original here:
Researcher Gets 20 Days In Prison For Hacking State Websites As Political Stunt

There’s a New Raspberry Pi That Only Costs $5 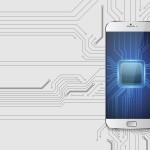 TSMC plans a new factory to pump out tomorrow’s 3 nm...