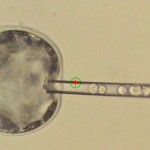 Researchers have created a viable hybrid part-human, part-pig embryo for the first time in history. According to a study published in the journal Cell Thursday, researchers were able to successfully inject human stem cells into a pig embryo and grow tissue that would form the early stages of human organs like the heart, liver and neurons. Although it’s in the very early stages, experts believe the human-pig chimera could one day be used to grow transplantable human organs in farm animals. Adding to the promising scientific breakthroughs, a separate study published in the journal Nature earlier this week details how an international team of researchers successfully performed an interspecies organ transplant using a similar method to create a hybrid mouse-rat embryo. In that study, researchers grew a mouse pancreas inside a rat embryo, which was then transplanted into diabetic mice. As the Washington Post reports , the new pancreatic tissue cured the mice’s diabetes without being rejected by the host. The mice only required a few days of recovery and immunosuppressive treatments before they were able to resume normal, healthy lives. While the technology is moving forward, the ethics of harvesting human organs from animals — or even creating human-animal chimeras in general — is still a touchy subject. Aside from the symbolic and philosophical questions that come from mixing human and animal genetics, there is a fear that stem cells could one day be used to create an animal with a human brain. For now, however, the authors of the Cell study point out that the system is “highly inefficient, ” but the two papers together show the possible benefits of this sort of controversial research. Via: Washington Post Source: Cell , Nature 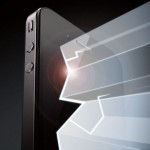 The iPhone 5 Jailbreak Is Finally Here