dstates writes “A team of researchers at the University of Michigan has released Zmap, a tool that allows an ordinary server to scan every address on the Internet in just 45 minutes. This is a task that used to take months, but now is accessible to anyone with a fast internet connection. In their announcement Friday , at the Usenix security conference in Washington they provide interesting examples tracking HTTPS deployment over time, the effects of Hurricane Sandy on Internet infrastructure, but also rapid identification of vulnerable hosts for security exploits. A Washington Post Blog discussing the work shows examples of the rate with which of computers on the Internet have been patched to fix Universal Plug and Play, ‘Debian weak key’ and ‘factorable RSA keys’ vulnerabilities. Unfortunately, in each case it takes years to deploy patches and in the case of UPnP devices, they found 2.56 million (16.7 percent) devices on the Internet had not yet upgraded years after the vulnerability had been described.” Read more of this story at Slashdot.

View the original here:
Researchers Release Tool That Can Scan the Entire Internet In Under an Hour 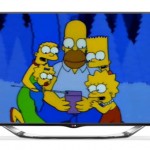 Nielsen admits a software glitch has been screwing up recent TV...