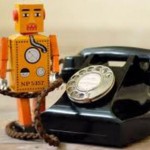 (credit: SRU.edu ) Online copyright enforcer Rightscorp has agreed to pay $450,000 to end a lawsuit accusing the company of making illegal calls to cell phones. Morgan Pietz, an attorney who played a key role in bringing down Prenda Law, sued Rightscorp in 2014 , saying that the company’s efforts to get settlements from alleged pirates went too far. Rightscorp’s illegal “robocalls” violated the Telephone Consumer Protection Act (TCPA), a 1991 law that limits how automated calling devices are used. The class-action lawsuit claimed that some Rightscorp targets were receiving one robocall on their cell phone per day. It’s generally illegal to have automated devices call cell phones. Earlier this week, Pietz and his co-counsel filed court papers outlining the settlement. Rightscorp will pay $450,000 into a settlement fund, which will be paid out to the 2,059 identified class members who received the allegedly illegal calls. Each class member who fills out an “affidavit of noninfringement” will receive up to $100. The rest of the fund will pay for costs of notice and claim administration (about $25,000) and attorneys’ fees and costs, which cannot exceed $330,000. Rightscorp will also “release any and all alleged claims” against the class members. The company had accused the 2,059 class members of committing 126,409 acts of copyright infringement. Read 5 remaining paragraphs | Comments 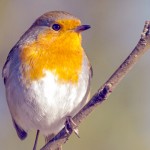 Robins Can Actually See Magnetic Fields (But Only in One Eye)