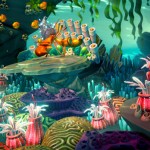 The tattoo-laden, musically-inclined game developers behind Frequency , Amplitude , Guitar Hero , Rock Band and Dance Central are taking on Disney’s Fantasia , this morning announcing next-gen Kinect game Fantasia: Music Evolved . Like its last game franchise, Harmonix is keeping exclusive to Microsoft game consoles with Kinect — the game is planned for launch some time in 2014 on both Xbox One and Xbox 360. Fantasia: Music Evolved — which we’re assuming must feature Master Chief somewhere given the naming convention and Microsoft exclusivity — aims to turn gamers into aspiring orchestra conductors. Er … sort of . The game is played by using both your arms to synchronously gesture in a variety of directions, with two on-screen icons indicating how to place your arms and which direction you’ll be gesturing toward. Ostensibly, the game asks players to conduct various pop songs (Bruno Mars’ “Locked Out of Heaven” and Queens’ “Bohemian Rhapsody,” among others), occasionally punctuated with a push, depth-wise, for various auditory flairs (among other things). You are the sorcerer’s apprentice, conducting the heavens (as it were). Moreover, the songs get remixed as you go along, with players choosing one of four musical styles to introduce dynamically as the track continues to play in the background. If it sounds overwhelming, that’s because it is. Gallery: Fantasia: Music Evolved Filed under: Gaming , Software , HD , Microsoft Comments

Continue Reading:
Rock Band creators team up with Disney for next-gen in ‘Fantasia: Music Evolved,’ headed to Xbox One / 360 in 2014 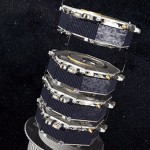 How NASA will launch four spacecraft at once to study magnetic...

Get Windows Media Center Running on Windows 10 in a Few...

Warner Bros. Is Considering a Return to The Matrix