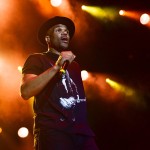 It’s not just tech giants like Apple that are taking online stores to task for allowing counterfeit goods on their virtual shelves. Run-DMC is suing Amazon, Walmart (including Jet.com ) and partners for selling bogus shirts, hats and other goods that violate the legendary group’s trademark. The internet retailers are allegedly “trading on the goodwill” of Run-DMC by either allowing third parties to sell counterfeits or, in Amazon’s case, supposedly selling the fakes directly. We’ve asked Amazon and Walmart for comment and will let you know if they can respond. With that said, there’s no question that stores like Amazon have taken at least some steps to crack down on counterfeits . The concern isn’t really that they’re knowingly profiting from knockoffs — it’s that they might not be doing enough to prevent these frauds from slipping through the cracks. These sorts of lawsuits may become more commonplace if artists and companies feel that their brands aren’t getting adequate protection. Source: CNET

Google Calendar’s been updated so now you don’t need to refresh... 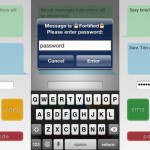