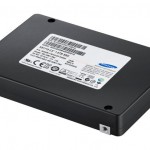 The ink has barely dried on Samsung’s last SSD announcement and the South Korean manufacturer has already made it obsolete by orders of magnitude. This 2.5-inch enterprise-class SSD isn’t for us regular Joes, but if you thought the company’s EVO 840’s 540MB/s was zippy, hold on to your desk chair . The newly announced NVMe SSD XS1715 reads data at a mind-numbing 3, 000MB/s . Hitting these absurd numbers isn’t without a caveat, though, as this SSD won’t run on a SATA-6 port — it requires a PCIe hook-up. When these speed demons do arrive, they’ll be available in 400GB, 800GB and 1.6TB sizes. Oh, and we want one. For business. Filed under: Desktops , Samsung Comments 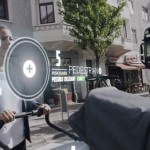