So you just spent $120, 000 on a 120-inch 4K HDR screen and think you’ve got the biggest, baddest TV around? Nope! Samsung has unveiled the Cinema LED Screen that’s an epic 10.3 meters (33.8 feet, or 406 inches). It runs at full 4K (4, 096 x 2, 160) resolution, features an (unnamed) HDR and peaks out at 146 fL of brighntess, “ten times greater than that offered by standard projector technologies, ” Samsung said in a news release. The set offers a “distortion-free” presentation with deep blacks, accurate whites and bright colors “at a nearly infinite contrast ratio, ” Samsung says. While it didn’t say so, the extra brightness might improve 3D films, which normally look dim with projection systems due to the polarized glasses. To complement the image quality, Samsung worked with JBL by Harman on the sound tech. That system features speakers around the screen, proprietary audio processing tech, and “Sculpted Surround Sound” from JBL to provide dramatic and faithful audio. Samsung Electronics unveiled the model at the Lotte Cinema in Korea, saying it’s the “first ever commercial Cinema LED Screen” it has installed. The average cinema screen size is around 50 feet, but the 33.8-foot Cinema Screen would be a good fit in smallish multiplex rooms. Samsung says it adapts to a wider range of dark and ambient lighting situations, making it work well for corporate events, sports viewing and gaming competitions. For films, it would certainly offer a very different experience than a projector, but might feel too much like you’re watching TV in public for some cinephiles. Samsung is obviously one of the few companies out there, perhaps along with LG, that could even create such a giant LED screen. The model was certified by the Digital Cinema Initiatives (DCI), meaning it can showcase films in theaters with unaltered color spectrum accuracy. As for the price, unless you’ve got an 80-foot yacht parked in the harbor, it’s probably best not to ask. Source: Samsung 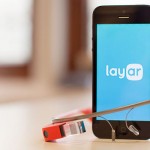