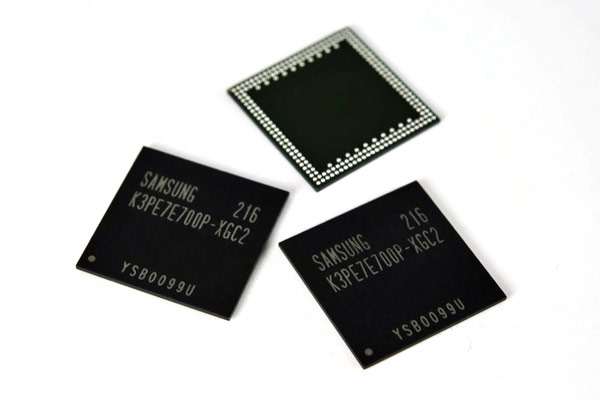 Samsung started making 2GB low-power mobile memory last year, but as the 1GB-equipped phone you likely have in your hand shows, the chips weren’t built on a wide-enough scale to get much use. The Korean company is hoping to fix that now that it’s mass-producing 20-nanometer, 4-gigabit LPDDR2 RAM. Going to a smaller process than the 30-nanometer chips of old will not just slim the memory down by a fifth, helping your smartphone stay skinny: it should help 2GB of RAM become the “mainstream product” by the end of 2013, if Samsung gets its way. New chips should run at 1,066Mbps without chewing up any more power than the earlier parts, too, so there’s no penalty for using the denser parts. It’s hard to say whether or not the 20nm design is what’s leading to the 2GB of RAM in the Japanese Galaxy S III; we just know that the upgraded NTT DoCoMo phone is now just the start of a rapidly approaching trend for smartphones and tablets.

Samsung mass-produces 4-gigabit LPDDR2 memory, aims to make 2GB a common sight in smartphones originally appeared on Engadget on Thu, 17 May 2012 12:01:00 EDT. Please see our terms for use of feeds.