Don’t like that your Galaxy S6 conks out before you’re finished for the day? Samsung might offer some relief in the future. Its scientists have developed lithium-ion battery technology that promises much longer-lasting power packs. They use a silicon anode (which promises much more capacity than a typical battery), but grow layers of graphene on top to improve the density and longevity that would otherwise suffer. In experiments, they got batteries that were 1.5 to 1.8 times denser than what you get today. If your smartphone barely makes it 12 hours before giving up the ghost, this would theoretically give you 21 hours — enough that you wouldn’t have to panic if you forgot to plug in before bedtime. You shouldn’t count on this upgrade showing up in the Galaxy S7 (or any other gadgets) for a while. This is still a research project, and it could take years before Samsung translates its breakthrough into real-world products. Should everything go smoothly, though, this could be crucial in just about any situation where adding a bigger battery just isn’t an option. Besides mobile devices, you could get electric cars that match the range of their gas-powered counterparts. Filed under: Cellphones , Science , Mobile , Samsung Comments Via: PC Perspective Source: Nature

Windows 8.1 now natively supports the MKV video format, which has... 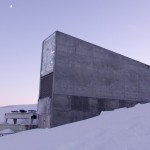