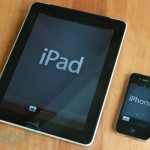 Samsung got a big win in the International Trade Commission today, as the ITC handed down a final ruling finding that several models of AT&T-compatible iPhones and iPads infringe a Samsung patent, and issued an exclusion order preventing them from being imported, sold or distributed in the US. This final ruling comes months after an ALJ determined that Apple did not infringe any of Samsung’s IP, but clearly, the commission felt differently upon its review. This final determination holds that AT&T models of the iPhone 4, 3GS and 3G, plus AT&T iPad 3G and iPad 2 3G models infringe four claims of Samsung’s patent number 7,706,348 for encoding mobile communications. The ITC reversed the ALJ’s ruling in part based upon modified construction of several key terms in the claims at issue, but upheld the prior decision regarding the other three patents Samsung asserted in the action. So, what does this mean for Apple? Not a tremendous amount, truthfully, as the newly banned devices are no longer Cupertino’s standard bearers and account for little of massive profits . Plus, Apple will, no doubt appeal the decision in court. Still, Samsung’s bound to feel pretty good about the victory, and every little bit helps in its quest to remain atop the smartphone heap , right? Filed under: Apple , Samsung Comments Via: Reuters Tech (Twitter) Source: ITC [PDF]

New DNA construct can set off a “mutagenic chain reaction”