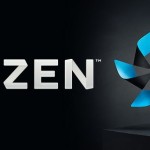 Tizen is Samsung’s long-touted OS to replace Android and Israeli security researcher Amihai Neiderman just delivered a talk on it at Kapersky Lab’s Security Analyst Summit where he revealed 40 new 0-day flaws in the OS, and showed that he could trivially send malicious code updates to any Tizen device, from TVs to phones, thanks to amateurish mistakes of the sort not seen in real production environments for decades. (more…)