Enlarge (credit: Samsung) The news hasn’t been great for Samsung’s smartphone division lately, but there is good news for the chipmaking arm of the company: Samsung announced today that it has started to mass-produce chips on its new 10nm LPE manufacturing process, a major improvement over its current 14nm process. According to Samsung, 10nm chips can fit 30 percent more transistors within the same physical area as a 14nm chip. Chip designers will be able to create chips that are up to 27 percent faster or chips that use up to 40 percent less power, though most chips will probably do a little of both instead of maximizing one or the other. A second-generation, 10nm LPP process will begin mass production in the second half of 2017, roughly one year from today. Other than the timing, we only know that this revision is intended to boost performance. Read 3 remaining paragraphs | Comments 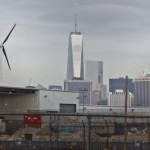