The Deseret News reports: A jury has found that Salt Lake Comic Con founders Dan Farr and Bryan Brandenburg, along with their company, violated a trademark when they named their fan convention a “comic con.” However, the jury decided that the trademark was not willfully violated, and only awarded $20, 000 of the $12 million that San Diego Comic-Con had asked for in damages. The decision came at the end of an eight-day jury trial and three years of legal maneuvering… And with an estimated 140 other fan conventions across the country calling themselves comic cons, the impact of the decision could be felt nationwide… The Salt Lake group also has an ongoing action with the U.S. Patent and Trademark Office seeking to invalidate San Diego’s “comic-con” trademark… San Diego Comic-Con, which has been holding events since 1970, has a trademark on “comic-con” with a hyphen, but was unsuccessful in its 1995 bid to trademark “comic con, ” with a space. The unhyphenated name “Comic Con International, ” as well as the event’s iconic “eye logo, ” are also protected by trademark. The event maintains that its trademarks cover the term “comic con” in all its forms… San Diego Comic-Con wanted more than $12 million in damages from Salt Lake, including over $9 million for a three-month “corrective advertising campaign” to dispel confusion… In his closing arguments, Michael Katz, an attorney for Salt Lake Comic Con, questioned the amount San Diego was seeking, noting that San Diego authorities said during trial the organization generally spends between $20, 000 and $30, 000 for a month of advertising. Slashdot reader AlanBDee writes: When I attended the Salt Lake City Comic Con I did assume it was the same organization that put on San Diego Comic-Con… But now I have to wonder how that will affect other Comic Cons around the nation? What should these comic based fan conventions be called if not Comic Con? Read more of this story at Slashdot. 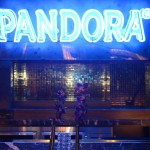 Pandora has to pay higher royalties starting in 2016

Medical Records Worth More To Hackers Than Credit Cards