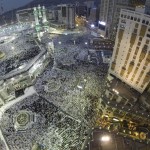 After reporting 700 pilgrims dead in a stampede near the holy city of Mecca two weeks ago , Saudi authorities have come clean with the true number killed after pressure from investigators: 1,453 were killed and hundreds remain missing. Indeed, Shiite Iran in particular has challenged its Sunni arch-rival’s status as the custodian of Islam’s two holiest sites, warning that if diplomacy doesn’t yield an independent investigation, “the Islamic Republic is also prepared to use the language of force.” Nearly one-third of the deaths in the incident were pilgrims from neighboring Iran. Given all of this, it’s not terribly surprising that a more accurate accounting of the tragedy had to come from an outside source. As Ruth Graham noted last month in The Atlantic, Saudi officials weren’t eager to take responsibility: “In Saudi Arabia, the country’s health minister chalked up the latest incident to a failure to follow instructions, and the head of the Central Hajj Committee blamed ‘some pilgrims from African nationalities.’” In the meantime, hundreds of worshipers still remain missing and so the true extent of last month’s disaster is not fully known.

Super Bowl XLVIII will be streamed for free on Fox Sports... 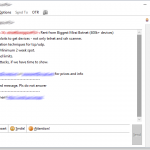