New submitter fynbar writes “Computer scientists have identified almost two dozen computers that were actively working to sabotage the Tor privacy network by carrying out attacks that can degrade encrypted connections between end users and the websites or servers they visit (PDF). ‘Two of the 25 servers appeared to redirect traffic when end users attempted to visit pornography sites, leading the researchers to suspect they were carrying out censorship regimes required by the countries in which they operated. A third server suffered from what researchers said was a configuration error in the OpenDNS server. The remainder carried out so-called man-in-the-middle (MitM) attacks designed to degrade encrypted Web or SSH traffic to plaintext traffic. The servers did this by using the well-known sslstrip attack designed by researcher Moxie Marlinspike or another common MitM technique that converts unreadable HTTPS traffic into plaintext HTTP.'” Read more of this story at Slashdot. 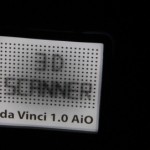