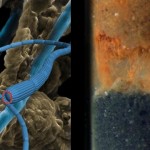 Three years ago, scientists discovered electric currents running through the seabed — but they had no idea what was causing it. But now, researchers from Denmark and the United States believe they have the answer: bacteria that function as living electric cables. In a remarkable case of biological engineering, scientists have confirmed that each tiny section of the bacteria contains a bundle of insulated wires that leads an electric current from one end to the other. More » 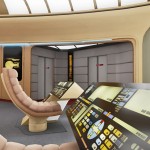