Enlarge / A more typical Type-IIp supernova. (credit: NASA SWIFT ) A supernova may be one of the most extraordinary events in the Universe, but the Universe is a very big place, and the extraordinary happens with great regularity. We’ve now observed a huge number of these events and have managed to break them down into categories based on patterns in the light they produce. Astrophysicists have built models of exploding stars that explain these properties, matching them to the mass of the original star and the process by which it exploded. We’re at the point where, after just a few observations, we can understand exactly what we’re looking at. Except when we can’t. Today in Nature , a team of researchers is announcing observations of a supernova that it simply can’t explain. In some ways, the event looks like a prosaic stellar explosion. Except it’s stayed bright over six times longer than it should and experienced five periods of enhanced brightness that we can’t explain. Different features of the supernova appear to be arising from physically distinct locations in space. And even the best model for what triggered this—something that involves a type of explosion we haven’t definitively observed previously—doesn’t account for all the observations. Read 12 remaining paragraphs | Comments

Read More:
Scientists on new supernova: WTF have we been looking at? 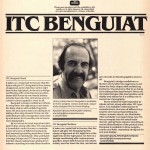