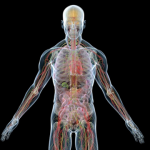 The Royal Society, along with the Academy of Medical Sciences, British Academy, and Royal Academy of Engineering, recently concluded a workshop called Human Enhancement and the Future of Work in which they considered the growing impact and potential risks of augmentation technologies. In their final report , the collaborative team of scientists and ethicists raised serious concerns about the burgeoning trend, and how humanity is moving from a model of therapy to one in which human capacities are greatly improved. The implications, they concluded, should be part of a much wider public discussion. More »