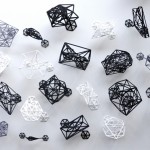 Watch This Brilliant Video Explaining How 3D Printing Is About To...