Seattle’s police force were very hot-to-trot for a pair of new surveillance drones, an issue that became a lightning rod for criticism of the scandal-haunted force. After public outcry, the city’s mayor simply returned the UAVs to their manufacturer Later this afternoon, Mayor Mike McGinn will announce that he is grounding the Seattle Police Department’s controversial drone program and returning the two remotely controlled planes to the vendor, according to sources at City Hall who asked not to be named. “The mayor and chief had a conversation and agreed it was time to end the Unmanned Aerial Vehicle program,” one of the sources tells us. “It had become a distraction to the two things the department is working hard on, general public safety and community-building work.” The news comes on the heels of—and largely in response to—an angry hearing yesterday held by Seattle City Council member Bruce Harrell, who was considering legislation to restrict the use of the drones for police investigations. The program has created a slowly burning outcry since 2010, when the city purchased the units for intelligence gathering with the help of a federal Homeland Security grant. Crime Mayor Will Kill SPD’s Drone Program [Dominic Holden/The Stranger] ( Thanks, Fipi Lele! )

Excerpt from:
Seattle Mayor returns police drones to the manufacturer

These Are the Wildly Advanced Space Exploration Concepts Being Considered by... 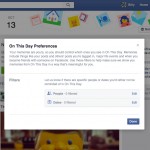 Facebook’s ‘On This Day’ feature has controls to filter out sad...