mpicpp sends word about particularly bad virus making the rounds. “A computer virus that tries to avoid detection by making the machine it infects unusable has been found. If Rombertik’s evasion techniques are triggered, it deletes key files on a computer, making it constantly restart. Analysts said Rombertik was ‘unique’ among malware samples for resisting capture so aggressively. On Windows machines where it goes unnoticed, the malware steals login data and other confidential information. Rombertik typically infected a vulnerable machine after a booby-trapped attachment on a phishing message had been opened, security researchers Ben Baker and Alex Chiu, from Cisco, said in a blogpost. Some of the messages Rombertik travels with pose as business inquiry letters from Microsoft. The malware ‘indiscriminately’ stole data entered by victims on any website, the researchers said. And it got even nastier when it spotted someone was trying to understand how it worked. ‘Rombertik is unique in that it actively attempts to destroy the computer if it detects certain attributes associated with malware analysis, ‘ the researchers said.” Read more of this story at Slashdot. 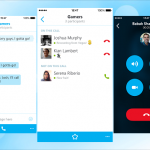