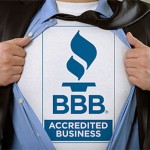 A provocative white hat hacker who has previously disclosed vulnerabilities in both California’s ObamaCare portal and FireEye’s core security product has now revealed a serious flaw in the Council of Better Business Bureau’s (CBBB) Web-based complaints application, which is used by nearly a million people annually to file complaints against businesses. The CBBB criticized the “unauthorized application vulnerability test” but said in a statement that they believe “the motivation was not malicious,” and are “not pursuing the matter further.” The CBBB is the umbrella organization for the independent local BBBs, the not-for-profit consumer advocacy groups that operate in the United States, Canada, and Mexico. The BBBs attempt to mediate disputes between consumers and businesses, and also accredit businesses based on how well the business meets the BBB’s “Standards of Trust.” Read 20 remaining paragraphs | Comments