Enlarge / A computer infected by Shamoon System is unable to find its operating system. (credit: Palo Alto Networks) There’s a new variant of the Shamoon disk-wiping malware that was originally unleashed on Saudi Arabia’s state-owned oil company in 2012, and it has a newly added ability to destroy virtual desktops, researchers said. The new strain is at least the second Shamoon variant to be discovered since late November, when researchers detected the return of disk-wiping malware after taking a more than four-year hiatus. The variant was almost identical to the original one except for the image that was left behind on sabotaged computers. Whereas the old one showed a burning American flag, the new one displayed the iconic photo of the body of Alan Kurdi, the three-year-old Syrian refugee boy who drowned as his family tried to cross from Turkey to Greece. Like the original Shamoon, which permanently destroyed data on more than 30,000 work stations belonging to Saudi Aramco , the updates also hit one or more Saudi targets that researchers have yet to name. According to a blog post published Monday night by researchers from Palo Alto networks, the latest variant has been updated to attack virtual desktops, which have emerged as one of the key protections against Shamoon and other types of disk-wiping malware. The update included usernames and passwords related to the virtual desktop infrastructure products from Huawei, which can protect against a destructive malware through its ability to load snapshots of wiped systems. Read 4 remaining paragraphs | Comments 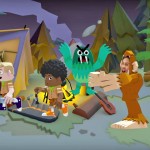 A rash of invisible, fileless malware is infecting banks around the...