If you, like us, regularly use of Shazam to tag and add tracks to Spotify for later listening , we have some bad news: you may now find that option has gone. It comes as one of the unexpected consequences of a deal between the music discovery company and streaming service Deezer, which has now replaced its bigger rival in free versions of Shazam in Germany, Mexico, UK and Brazil. TechCrunch spotted that Deezer and Rdio now hold the two main “free” positions within the Shazam app, but also notes that the ad-free premium version Encore retains Spotify integration. In our tests, Shazam had removed Spotify tagging from the Encore Android app, despite still displaying the feature in screenshots on both the UK App Store and Google Play. Given Shazam’s response, the move appears to be a purely business decision: “The streaming space is getting extremely competitive and we are excited to see a lot of companies in this space interested in working with Shazam, ” company CRO told TechCrunch . “Every country is different and is its own market and its own opportunity, which is why streaming companies – as well as Shazam – need to take a country-by-country approach as we evaluate integration.” The company’s support pages suggest that it may be part of a trial and that “Spotify integration (which we’re currently working on to improve) may be returned at a later date.” But, if you’d rather not wait for Shazam to figure out its allegiances, rival Soundhound will suitably handle your tagging and Spotify playback needs . Filed under: Internet , Software , Mobile Comments Source: TechCrunch 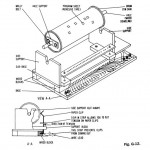 HOWTO build a working digital computer out of paperclips (and stuff)

The Next Generation of DSL Can Pump 1Gbps Through Copper Phone...