hypnosec writes “If you are a BlackBerry owner, navigate to BlackBerry World (or just visit the website) and you will find that developer S4BB has developed over 47k apps for the BB platform. Unsurprisingly, most of them are just spammy apps that don’t add any value. Apps like ‘Restart Me Free, ‘ ‘Daily Quote, ‘ ‘Lock for SMS, ‘ ‘Search for Amazon, ‘ ‘Silent Foto Free’ are just a few among the thousands of apps on BlackBerry World that actually have no utility whatsoever. BlackBerry announced back in May that developers were increasingly interested in making apps for the platform, and that BlackBerry World had more than 120, 000 apps. This raises questions about the authenticity of the claims, and about the approval process that’s been accepting these apps. S4BB may have a few useful apps for the platform, but that doesn’t mean all of their apps are of ‘A’ quality. A statement from BlackBerry said, ‘Developers in all app stores employ a number of different monetization tactics. BlackBerry World is an open market for developers and we let market forces dictate the success or failure of these tactics.'” Read more of this story at Slashdot. 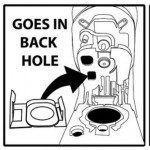