ananyo (2519492) writes “People are living longer, which is good. But old age often brings a decline in mental faculties and many researchers are looking for ways to slow or halt such decline. One group doing so is led by Dena Dubal of the University of California, San Francisco, and Lennart Mucke of the Gladstone Institutes, also in San Francisco. Dr Dubal and Dr Mucke have been studying the role in ageing of klotho, a protein encoded by a gene called KL. A particular version of this gene, KL-VS, promotes longevity. One way it does so is by reducing age-related heart disease. Dr Dubal and Dr Mucke wondered if it might have similar powers over age-related cognitive decline. What they found was startling. KL-VS did not curb decline, but it did boost cognitive faculties regardless of a person’s age by the equivalent of about six IQ points. If this result, just published in Cell Reports, is confirmed, KL-VS will be the most important genetic agent of non-pathological variation in intelligence yet discovered.” Read more of this story at Slashdot. 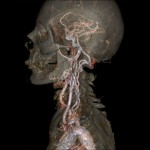