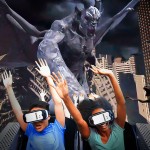 Six Flags first announced that it was teaming up with Samsung to outfit roller coaster riders with Gear VR headsets back in the spring. The theme park company is taking its virtual reality project to another level though, adding a gaming component to the immersive visuals. Before now, the addition of VR to rides just added a different visual experience to the ride itself. With the new “Rage of the Gargoyles, ” riders take flight in an Apache-style helicopter to battle “blood-thirsty” beasts. How do you control the game? Well, the Gear VR headset does all of the work so you can keep your hands tightly wrapped around whatever handle the ride offers. As Six Flags explains it, riders aim at the gargoyles by looking in their direction to aim the helicopter’s Gatling guns. Once a target is locked on, the weapon fires automatically. Based on the details the company offered, it sounds like there’s a HMD (Head Mounting Display) UI to guide you through the whole thing. There’s no word on if you’ll be able to keep score and compete against fellow riders. If you’re planning to take a road trip before summer officially comes to a close, “Rage of the Gargoyles” will be available on nine VR-equipped coasters at Six Flags parks in the US and Canada. Those locations and rides include Demon at Six Flags Great America, Skull Mountain at Six Flags Great Adventure, Shock Wave at Six Flags Over Texas, Kong at Six Flags Discovery Kingdom, Dare Devil Dive at Six Flags Over Georgia, Goliath at La Ronde, Ninja at Six Flags St. Louis and Steamin’ Demon at The Great Escape. What’s more, there are sure to be new VR adventures at the parks in the future as Six Flags touts the setup’s versatility. “One of the most exciting things about this technology is that we have the ability to change the storylines to offer our guests new thrills and new reasons to visit our parks, ” said Six Flags president and CEO John Duffey. Rage of the Gargoyles virtual reality comes to the Demon https://t.co/xrpg9JzIYH — SF Great America (@SFGreat_America) August 5, 2016 Source: Six Flags (Business Wire) 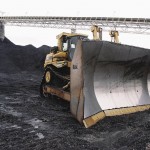