Last week a man was arrested in Fort Lauderdale, FL when his two credit cards were declined after he spent $600 on bottle service at a nightclub. The story wouldn’t be all that interesting were it not for the fact that the man, Don Marcani, had not reached his credit limit that night. In fact, he was able to pay his $1,000 bail the next morning using one of the credit cards that was declined earlier. As Marcani told NBC 6 South Florida , he and his friend used a Wells Fargo credit card to buy $80-worth of drinks at the bar of Cyn Nightclub. Then they decided to move into the VIP section, costing them $600. The waitress took Marcani’s credit card, but when she tried to run the credit card later that night, it was declined. Marcani then provided a Capital One credit card, which was also declined. Read 5 remaining paragraphs | Comments

Use Windows 8 as a Windows Home Server 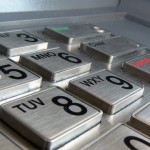 Bank of America Is Adding Teller Video Chat to Its ATMs