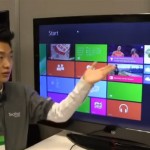 Microsoft tests Live Tiles you can use without leaving the Start...

Skype just made group video calling available to all users for...