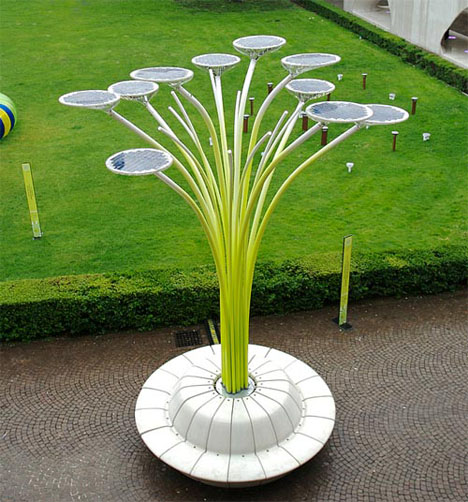 This morning I came across a news post announcing work by an industrial designer named “Ross Ludgrove.” Given Ross Lovegrove’s prominence, I figured Mr. Ludgrove must lead a tortured existence, constantly having to clarify his name on the phone.

Then I saw the project in question, pictured above. That’s the Solar Tree produced by Italian lighting manufacturer Artemide and designed as a research concept by yes, Ross Lovegrove, back in 2007. Originally debuted at Vienna’s MAK Museum, the steel structure supports 38 solar cells, a battery system and LED arrays in the “fronds;” sunlight is soaked up during the day, and the Tree uses that energy to output light overnight. 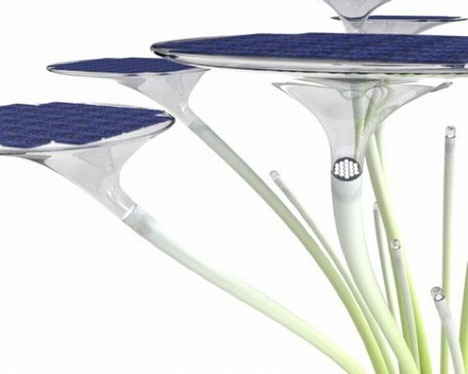 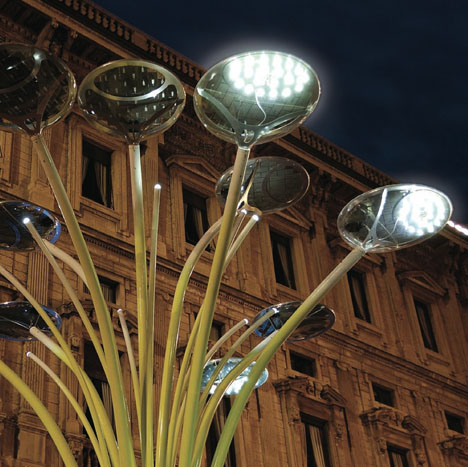 So why is a four-year-old design back in the news? Because next month it’s seeing (and storing) the light of day again, going up in London’s St. John’s Square as part of Clerkenwell Design Week.

It bums me out that although Lovegrove is famous to us, he’s unknown enough to the non-design-world that it’s possible to screw his name up. (Not a typo or a misprint, as the name was used that way more than once in the article.) We’d never see the Tree of Life star listed as Vlad Pitt, but either way, we’re happy to see this Tree getting more visibility.

Read the original:
Solar Tree Scheduled to Sprout in London for Clerkenwell