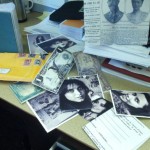 Last week, the University of Chicago posted that they had received a curious package addressed to Henry Walton Jones, Jr. A student mail worker recognized that name as belonging to a certain Indiana Jones who, in the film trilogy, was a professor at UChicago. The envelope was packed with Indiana Jones ephemera, including a replica of Abner Ravenwood’s journal. The University posted the mystery online and it has now been solved. Turns out, the package was an eBay purchase on its way from a seller named Paul, in Guam, to a buyer in Italy. According to Paul, this package was en route from him in Guam to his intended recipient IN ITALY (registered mail confirmation attached) when it must have fallen out of the package in Hawaii. Our address had originally been put on the manila wrapping of the journal just for cosmetic effect. We believe that the post office wrote on our Zip code on the outside of the package and, believing the Egyptian postage was real, sent it our way. From Guam to Hawaii en route to Italy with a stopover in Chicago: truly an adventure befitting Indiana Jones. ” Indiana Jones Mystery Package ” Indiana Jones Mystery Package (Thanks, Bob Pescovitz!) 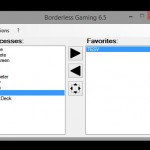