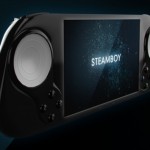 Every Steam Machine shown so far has amounted to a small desktop PC. But what if you want to take that gaming experience on the road? Well, you might get your wish — meet Steamboy , a handheld take on Valve’s platform. On the outside, it’s pretty much what you’d expect; it looks like an Steam Controller prototype (including the signature touchpads) with a 5-inch display slotted in between. Its creator (Steamboy Machine) isn’t giving out many other details right now, but it tells The Escapist that the device’s quad-core processor (likely either an Intel Atom or AMD A4) and 4GB of RAM “won’t be as powerful” as other Steam Machines. That’s not surprising given the size, however, and it should play the “majority” of titles. There are also promises of 3G mobile data and 32GB of built-in storage. It sounds promising, even if the device is likely going to be limited to low-intensity games. However, that’s also assuming that this mini Steam Machine makes its 2015 release window. Right now, Steamboy exists as little more than a slick teaser video and a set of specifications — there’s no prototype to prove that this will be a real product. We’ve reached out to the team for more details, but you might not want to cancel that 3DS or PS Vita purchase until it’s clear that Steamboy will ship. Filed under: Gaming , Handhelds Comments Via: The Escapist , Engadget Spanish (translated) Source: Steamboy Machine

View post:
Someone is making a handheld Steam game system 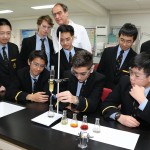 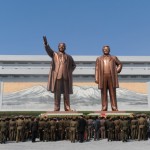