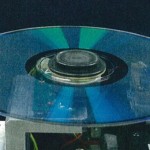 During the heyday of optical storage we saw a 400GB Blu-Ray flavor (shown above) and even 1TB discs in the lab, but lately such development has waned. Sony and Panasonic have teamed up to move things along, however, saying there’s a need for reliable long-term storage that only optical disks can provide. The pair will develop a “next-generation standard for professional-use optical discs, ” saying that a 300GB flavor could be ready in two years or so. Though geared towards industries like cloud storage and digital cinema at first, the tech could eventually trickle down to consumers, too. Given rapid developments in on-demand streaming and cloud gaming , however, there might be nothing left for us plebes to archive by then. Filed under: Storage , Sony Comments Via: The Verge Source: Sony