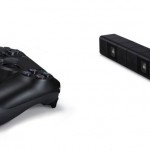 Looking for more PS4 news? Here’s a bit now that Sony’s Tokyo Game Show keynote address is over. A couple of features we’d hoped to hear more about have been confirmed, and the first is that the PS4 camera will support both voice and gesture control. It’s no surprise that the system will take full advantage of the add-on’s dual cameras and four mics for people who want to wave at their TVs, but it’s nice to have that confirmed. Second, in a move that will mostly benefit game reviewers and YouTube video walkthrough experts (thanks for your help on these GTA V missions, all of you), the PlayStation 4 will allow unencrypted HDMI output for games. On the PS3 it didn’t, treating games the same as Blu-ray movies, so anyone capturing video in HD needed to use component cables. That’s on top of the console’s “Share” button that sends clips of gameplay straight to Ustream, Facebook or PSN. Check out our liveblog for everything else discussed tonight including the PS4’s mobile apps, indie gaming and Vita TV. Filed under: Gaming , HD , Sony Comments