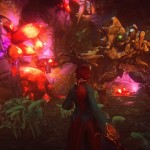 If you thought Sony Online Entertainment (SOE) was done with the EverQuest brand , well, think again. The company has come up with a successor to the classic MMO with EverQuest Next (EQN), which aims to give MMO die-hards a world they can mold and disrupt to their heart’s content. According to Sony, “there are no levels” in EQN, but with around 40 different classes at launch, players can mix and match abilities and develop them as they go along. The game will also be smart enough to learn from your decisions, offering up related opportunities so you can do more of what you like, be it crafting weapons or beating up orcs. Further, NPCs are given “motivations” and “core values” so that they’ll attack you not just ’cause you’re within aggro range, but because they want your gold for example. Perhaps the biggest departure from other MMOs is that EQN introduces the idea of fully destructible environments that would result in permanent change to the landscape. Blow a hole in the wall? Well, it’ll stay that way, at least until someone else comes along to patch it. Since you can now destroy things, SOE also launched something called EverQuest Next Landmark , a sandbox that lets gamers create objects and buildings in the EverQuest world with the same tools SOE designers used to make the game. Amateur game architects can share their creations with friends, or collaborate with them on larger projects. Landmark will launch as a “Free to Play” title later this year, and marks the first stage in EQN’s release. As for EverQuest Next itself, well, its pricing and availability has yet to be announced. Until then, treat yourself to some gameplay footage and read up on what’s new in the press release after the break. Filed under: Gaming , Alt Comments Source: EverQuest Next

Nevada Roads Could Be Home to Computer-Assisted Trucks By 2015 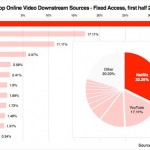 Netflix keeps its lead in streaming video use at home, YouTube...