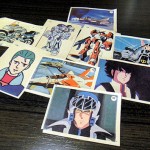 We’ve got good news for you… though it may actually be bad news, depending on how you feel about Hollywood anime adaptations. That live-action Robotech movie might actually happen now that Sony Pictures has officially fished it out of limbo and snapped up its rights from Warner Bros. In fact, the studio’s looking at it as a potential film franchise à la Transformers instead of just as a single movie. A handful of new people have also joined the project, including producers Gianni Nunnari and Mark Canton ( 300, The Immortals ), as well as scriptwriter Michael Gordon ( 300, GI Joe ). However, that also means Tobey Maguire, who was slated to produce years ago, is out. Sorry to break it to old-school anime fans who wanted to see him and best bro Leo DiCaprio play Rick Hunter, Breetai or any other character. Robotech , by the way, is the collective name of three different sci-fi/mecha anime series spliced together to be shown on American TV in the 1980s. It features a lot of robots, alien invaders, good-looking heroes, an intergalactic pop star and even an epic love triangle. Since Sony Pictures hasn’t revealed any solid details about the project yet, we’d love to hear who you think should star in the movie(s). Filed under: Misc , Sony Comments Source: Variety 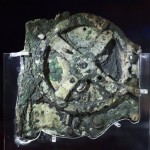