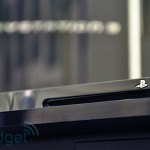 After the 4.45 firmware update knocked some PlayStation 3s out of commission last week, Sony has fulfilled its promise of a fixed version. 4.46 is now available to download, while a series of steps has been posted to the support site to walk users through updating any consoles that installed 4.45 and then failed to reboot . Additionally, for users that successfully installed 4.45 and later complained of NAT and “IP fragment issues,” a post on the support forum confirms that has been fixed as well. Owners of frozen consoles will need a USB memory stick with at least 168MB of space, although certain older models can also use SD, Memory Stick or Compact Flash cards. There’s still no word on exactly what went wrong, but for instructions on how to configure the flash storage and reboot into safe mode so you can start gaming again, just hit the source link below. Filed under: Gaming , HD , Sony Comments Via: @PlayStation (Twitter) Source: PlayStation Support 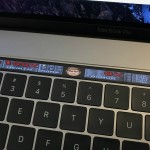 Home Depot Confirms Hack: As Many As 60 Million Cards Stolen