We’ve been eying Sony’s short-throw projectors for the past few years, but they’ve always been too obscenely expensive to really take seriously. Well, that’s not changing this year. In fact, the new LSPX-A1 is actually more expensive than last year’s $25, 000 model at $30, 000. But, with that extra cost comes a major new feature: six speakers that simulate 360-degree atmospheric sound. The LSPX-A1 also looks like more of a high-end piece of furniture, with its sleek marble top and wooden shelf. Those two glass feet also act as tweeters, thanks to built-in actuators. And, of course, there’s a subwoofer hiding underneath. In a brief demo, the projector did a decent job of spitting out a 120-inch 4K image from just 9.6-inches feet away from a wall. It wasn’t astoundingly bright, but that could have been due to the less-than-ideal viewing conditions. One major downside: While it supports HDR10, there’s no Dolby Vision. In terms of sound, the six speakers easily managed to fill a small conference room which was about the size of a typical living room. But while it’s nice to have an all-in-one speaker solution, it didn’t actually sound like something that cost $30, 000. I’ve heard $500 speakers with a better sense of detail and presence. Honestly, though, this projector isn’t meant for a discerning audience — it’s for folks with money to burn. Click here to catch up on the latest news from CES 2018. 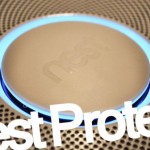 Nest Recalls All 440K Protect Smoke Alarms, But Will Have them...