Last week, SoundCloud announced it is cutting about 40 percent of its staff and closing two offices. Now, a report from TechCrunch claims “the layoffs only saved the company enough money to have runway ‘until Q4’ — which begins in just 80 days.” From the report: That seems to conflict with the statement Ljung released alongside the layoffs, which noted that, “With more focus and a need to think about the long term, comes tough decisions.” The company never mentioned how short its cash would still last. We reached out to Ljung and SoundCloud for this story and PR responded to the request reiterating Ljung blog post. After being presented with the leaked information from the all-hands, SoundCloud PR admitted that, “We are fully funded into Q4, ” though it says it’s in talks with potential investors. But further funding would require faith in SoundCloud that its own staff lacks. When asked about morale of the remaining team, one employee who asked to remain anonymous told TechCrunch “it’s pretty shitty. Pretty somber. I know people who didn’t get the axe are actually quitting. The people saved from this are jumping ship. The morale is really low.” Read more of this story at Slashdot. 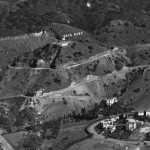 It’s Illegal to Possess or Distribute This Huge Number